Warhol: A is for Archive

Delve into Warhol’s cherished personal collections, published together here for the first time, and discover how truly unique he was!

Andy Warhol (1928–1987) remains an icon of the 20th century and a leading figure in the Pop Art movement. He also was an obsessive collector of things large and small, ordinary and quirky. Since 1994, The Andy Warhol Museum has studied and safeguarded the artist’s archive encompassing hundreds of thousands of these objects, at turns strange, amusing, and poignant. From this array, many of these items have been researched and described in this book for the first time. For the myriad fans of Warhol and his quixotic world, as well as those who never understood the artist before, this volume is essential and unforgettable.

Written by Matt Wrbican, the foremost authority on Warhol’s personal collection, »A is for Archive« features curated selections from this collection, shedding light on the artist’s work and motivations, as well as on his personality and private life. The volume is organized alphabetically, honoring Warhol’s own use of a whimsical alphabetical structure: “A is for Autograph” (a selection of signed objects, many of which influenced his most popular works), “F is for Fashion” (featuring his collections of cowboy boots, neckties, and jackets), “S is for Stamp” (works of art by Warhol and others relating to stamps and mailed items), and “Z is for Zombie” (a grouping of photographs and ephemera of Warhol in various disguises: drag, robot, zombie, clown). The book also features an insightful essay by renowned art critic and Warhol biographer Blake Gopnik. 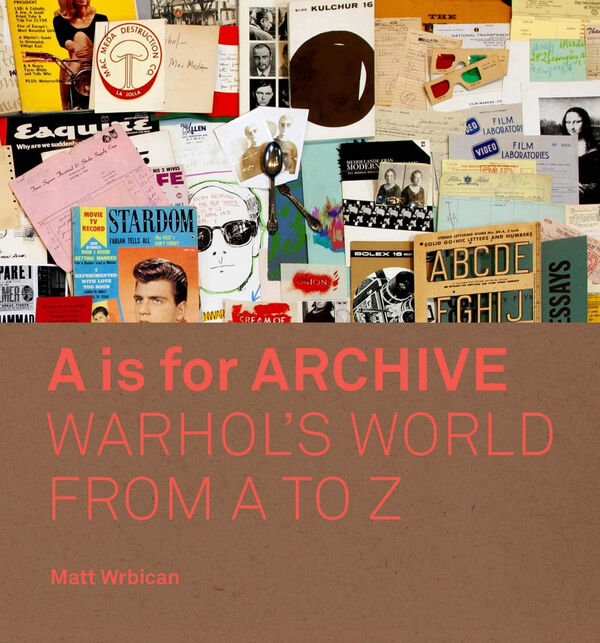